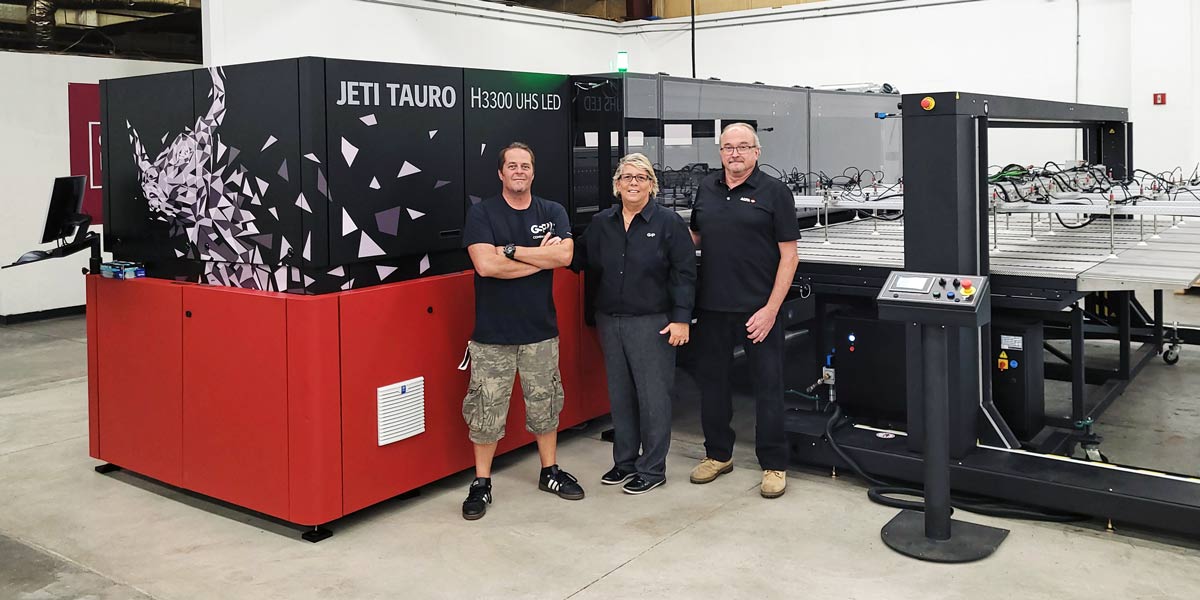 GSP, a leading provider of high-impact visual solutions for the retail market, is expanding their production capabilities with the addition of the first Jeti Tauro H3300 UHS LED system in the U.S. The company delivers in-store marketing programs to more than 70,000 nationwide retail locations from its four G7-certified print facilities.

“Choosing to add this technology to our portfolio illustrates the partnership between our two companies,” says Elaine Scrima, GSP vice president of operations. “Our ability to grow and enhance our customer-facing offerings is predicated by our vendors growing with us. The Agfa Jeti Tauro H3300 UHS is an important part of our growth strategy. We are excited to be the first U.S.- based Agfa partner to utilize this technology.”

Prints on rigid and roll media at top quality

Nicknamed “The Beast,” the latest Jeti Tauro H3300 UHS UV LED inkjet engine prints media up to 3.3m wide in four or six colors at speeds up to 600 m2/hr (6,458 ft2/hr). Ruggedly built and fit for 24/7 heavy-duty workloads, the Jeti Tauro H3300 UHS is a versatile LED system that can print on rigid and roll media at top quality with the lowest ink consumption. It is well-suited for corrugated cardboard package printing with extended vacuum zones and media guides.

Lowest ink consumption on the market

GSP builds its business trajectory on the demands of its retail partners and what makes them successful. The team searches for equipment solutions with faster and more efficient production, a wider color gamut, reliability, and redundancy between both presses and facilities. Impeccable instincts in purchasing the Jeti Tauro H3300 UHS solidifies GSP’s leadership and strengthens the partnership with Agfa. 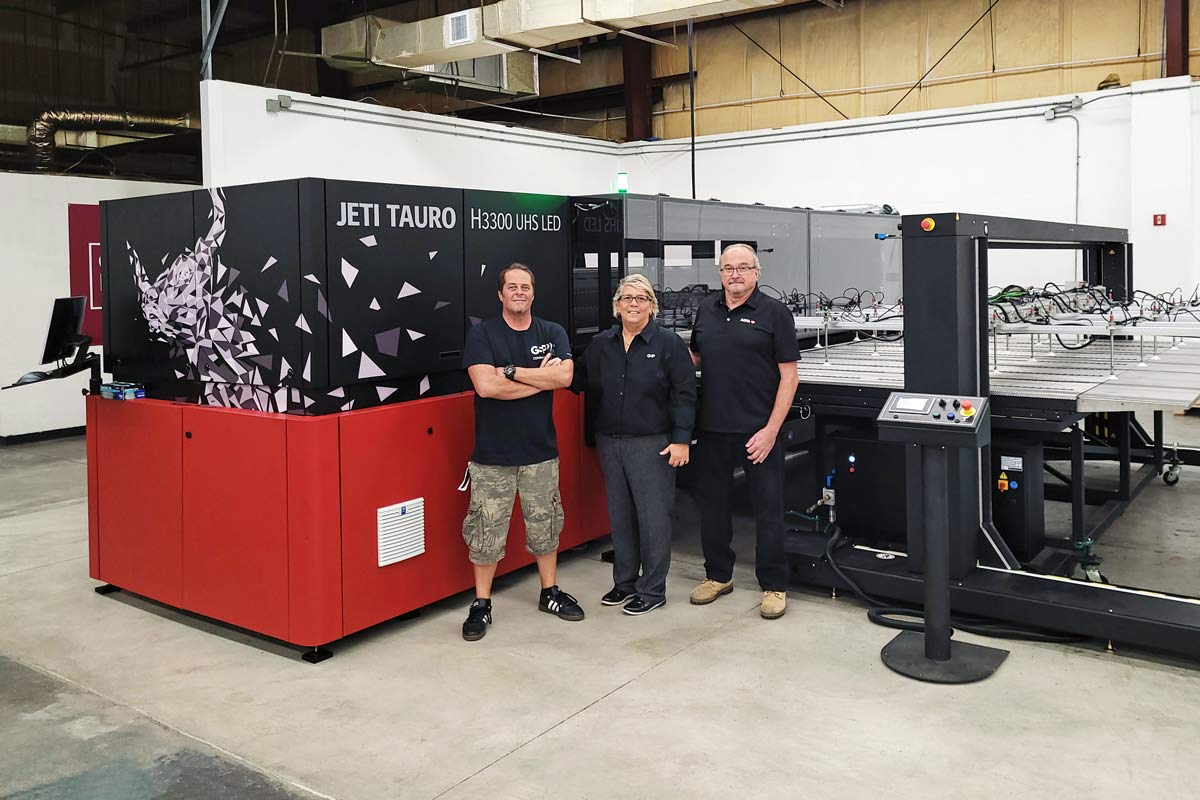 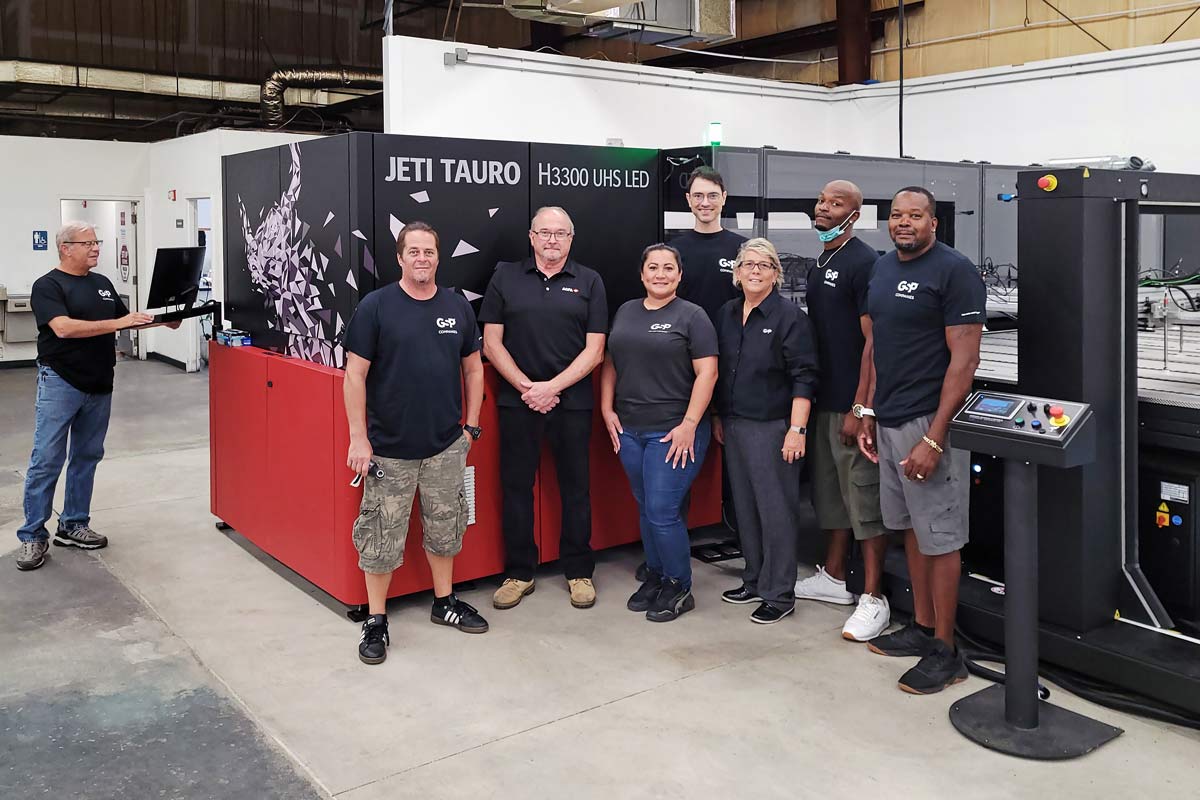 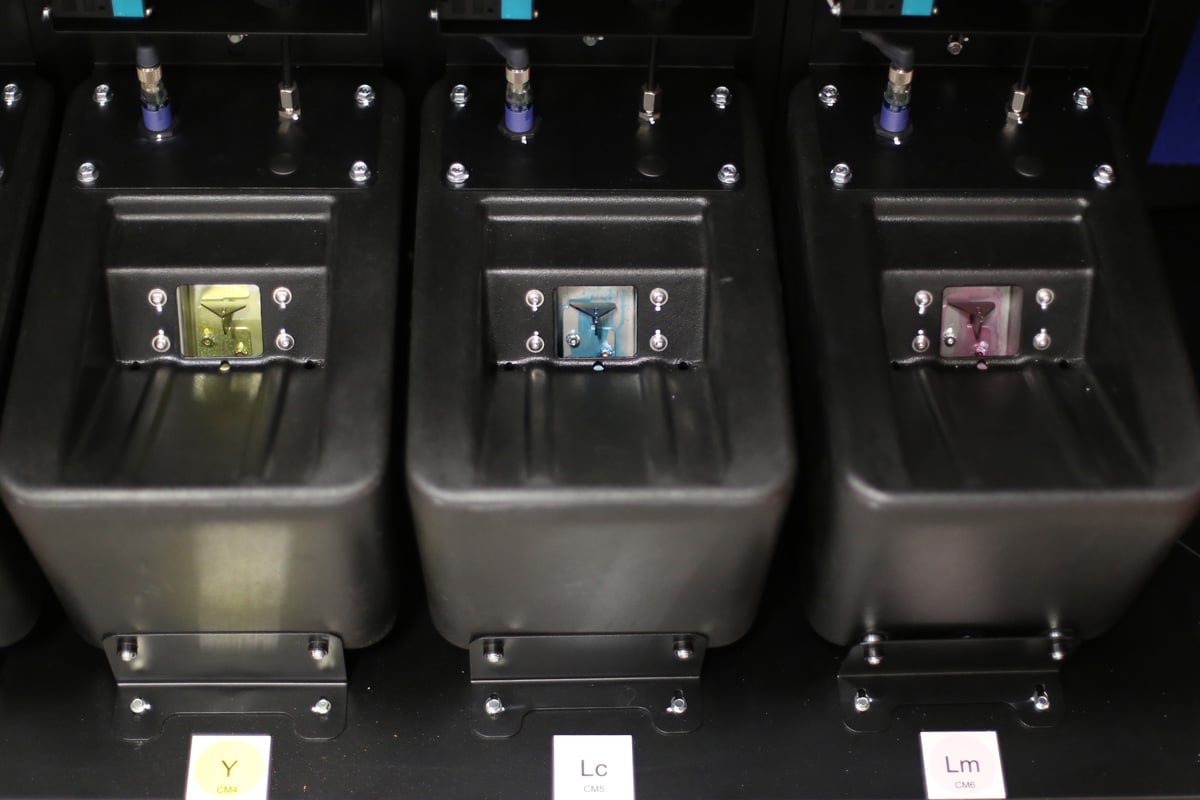 Anuvia UV LED-curable Inks
Our UV LED-curable Anuvia inks are the lifeblood of the Jeti printers. They are top performers both during and after printing.
Laurens Leurs2021-07-15T10:27:07+02:00Press Release|