With the installation of the Jeti Tauro H3300 UHS LED, better known as “the Beast” due to its extreme productivity, superior print quality and advanced automation, Grupo Arte Visão Van Gogh reaffirms its partnership with Agfa.

Grupo Arte Visão Van Gogh stands at the forefront of the Brazilian market with one of the nation’s largest and most innovative printer parks. The company is able to meet any type of printing challenge, regardless of volume. It prints on diverse materials including rigid and flexible plastics, wood, glass, special papers and metals. Their production processes warrant the highest quality, whether for short, medium or long print runs. Recently, it invested in Agfa’s largest and most advanced large-format inkjet printer, the Jeti Tauro H3300 UHS LED.

The partnership between Agfa and Grupo Arte Visão Van Gogh began with the acquisition, about two years ago, of a Jeti Tauro H3300 LED: “We took a huge step two years ago with the acquisition of the sensational Jeti Tauro H3300 LED”, says Eduardo Franco, Founding Partner of Van Gogh. “Investing in Agfa technology was a very positive experience – above all expectations even – and now we are taking an even bigger leap with the acquisition of Agfa’s so-called “Beast”. It definitely delivers the next level of production and printing automation, so its nickname is fully justified!”, he points out.

Regarding the choice, César Mello, Managing Partner of Grupo Arte Visão Van Gogh, says: “When we heard about the new UHS model, we immediately realized that we were facing a new possibility in large-format UV LED inkjet printing. It is a real ‘beast’ in several aspects, with true benefits. The excellent partnership we already had with Agfa, and their great service, also influenced our decision”

Are you looking for extreme productivity too?

We took a huge step two years ago with the acquisition of the sensational Jeti Tauro H3300 LED. This was a very positive experience – above all expectations even – and now we are taking an even bigger leap with the acquisition of Agfa’s so-called “Beast”. It definitely delivers next-level productivity and printing automation, so its nickname is fully justified!
Eduardo Franco
Sócio Fundador da Van Gogh

The new engine is already in full operation in Van Gogh’s new warehouse in Diadema, and its efficiency was proven in the first days of production. “Van Gogh operates in an extremely competitive market, where the speed, versatility, quality and structure that a visual communication company needs is fundamental to meet the needs of its customers and the advertising market”, says Eduardo. 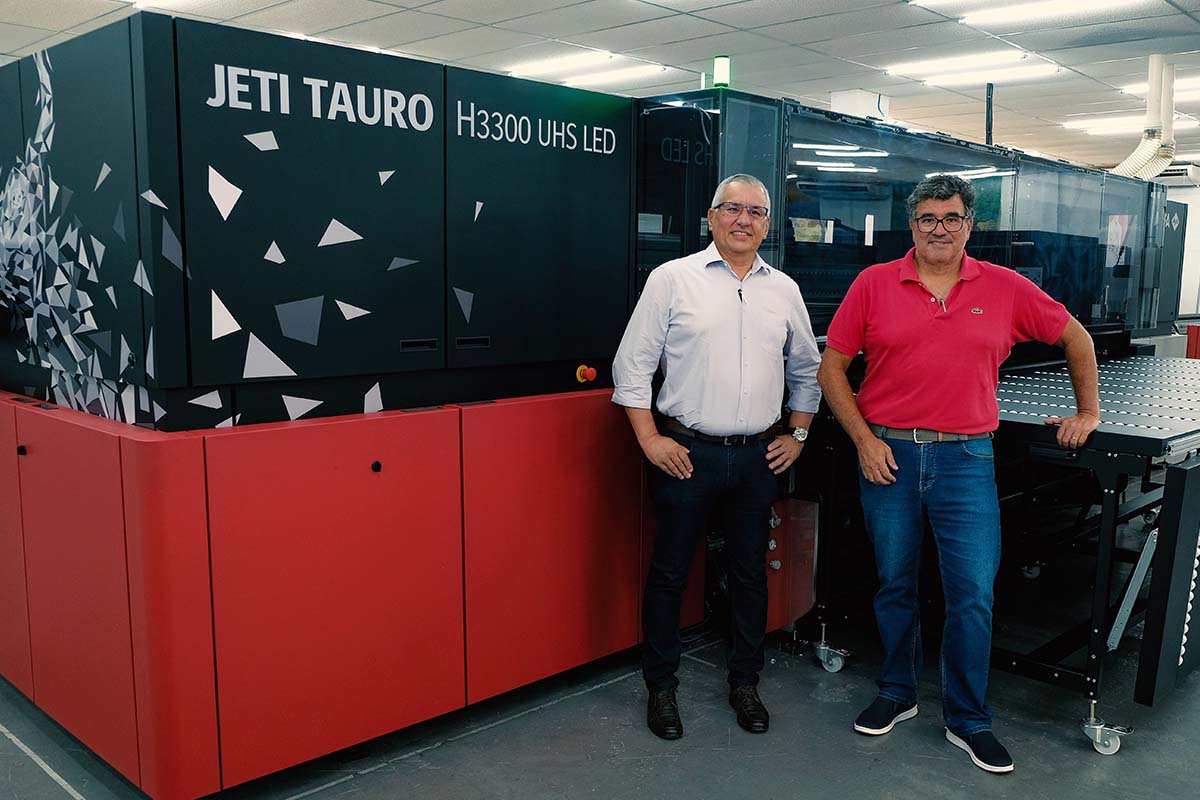 With Agfa’s Asanti workflow software, Van Gogh has improved its production efficiency as a whole. It now has new tools for automatic file verification during the prepress process, and full control over its printer park through intuitive dashboards with accurate production data, such as ink and media consumption and production times. “We’ve significantly reduced our costs and improved our overall production efficiency with Agfa’s Asanti workflow software”, says Eduardo Franco.

“Extremely high quality, on-time delivery and cost-efficiency: without a doubt this is only possible thanks to Agfa’s years of experience in the market, and to the process improvements that we have made over the years,” concludes Herick Lytk, Inkjet Sales Manager Agfa Brasil. “We have more than 150 years of history in the market, more than 25 years in producing workflow software, and another 15 years in producing inkjet printers.” Herick sees Van Gogh as “a reference in innovation and business management combined with sustainability, and values in common with Agfa, which makes the partnership even stronger and closer.”